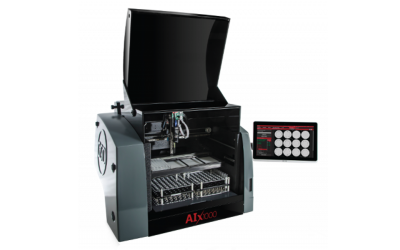 The U.S. Food and Drug Administration (FDA) cleared system automates the performance of the rapid plasma reagin (RPR) assay, used by clinical diagnostic laboratories as an aid in syphilis infection diagnosis. Widely installed and used in large reference laboratories and local public health laboratories across the U.S., the AIX1000 has been adopted as the new standard in syphilis serology screening.

“The AIX1000 is a big step forward for syphilis serology,” said Paul Doherty, Laboratory Manager at Sunrise Medical Laboratories. “The automated capabilities of the AIX1000 for performing the RPR assay and interpreting results have improved the efficiency and objectivity of syphilis testing in the clinical laboratory.”

“Finally, someone brought this test into the 21st century. It is thrilling to see an idea become a reality and solve a massive industry problem,” said John Griffiths, President of Gold Standard Diagnostics. “We are also excited to share that Gold Standard’s pipeline is full of new, innovative solutions that will be added to our platform”.

The AIX1000 systems installed base and market share continues to grow amid increasing rates of syphilis in the United States.  According to the Centers for Disease Control and Prevention the rate of syphilis cases in the U.S. increased 74% from 2012-20161.